Sigh. Well, since somebody (cough, cough) let the cat out of the bag, I may as well get to it. How about some background music first, shall we? Haven’t done that for a while.

Got music; let’s go. I am officially a copywriter now. It’s already on my resume as freelance work. But you know how some people fudge their resumes? I’ve never once lied on my resume, but I did use some creative word choices. Such as “freelance writing and copy-editing.” It’s not actually a lie: I’ve done a good bit of editing and writing for other people over the years, though it was largely unpaid work. Research papers, articles, book reviews, theses and dissertations, etc. That line on the resume did the trick, though. And it was a happy accident, really.

So. Local VIP who has contact with other company VIPs all over the country? The one who put in a good word for me in the Portland/Vancouver area? Yeah, that guy. I had to give him my resume so he could send it to his homegirl. Shortly after I emailed it to him, he stormed into my office and says, “Why didn’t you ever TELL anyone you’re a copywriter?” I’m surprised and say, well it was never in an official capacity, and I have told people. “Well you didn’t tell the RIGHT people. Didn’t you know we were looking for someone a while back? And that’s why (your dumbass supervisor) hired that giggling idiot in there!” Nope. I sure didn’t, VIP. You know damn well everything is a secret around here.

Long story short, the guy (just a year or so younger than I am) is being groomed for major leadership. Major. And he’s finally stepping up for real and actually getting involved. (I used to make fun of him. He’d come in the office to chat. “What’s going on in here!?” And I’d say, “Work. Ever heard of it?” Or I’d ask him if he learned a certain vocabulary word from a cracker jack box. I think that’s why he respects me, strangely enough. I’m one of the only people in the building who doesn’t lick his asshole for him.)

He asked me to give my opinion on some blog articles the new girl wrote, the one who was hired to be an in-house copywriter. I asked him how candid he wanted me to be, and he said “be the you I know and love to hate.” HA. So I ripped it to shreds. I didn’t rip her. This shit isn’t her fault. He said straight out that my super hired her because she’s cute and didn’t even bother to ask for writing samples. I feel bad for her, because no one is talking to her or trying to fix the situation. Anyway. So I do that, and he then asks me to comb our website for grammatical errors. I spent an entire day tearing it up, and then he had one of our web dev people fix it.

A week or two pass, and I hear nothing back from him – except that everyone is pleased with what I did. And my super calls me “our resident scholar” now. It’s…fucking lame. But it also feels good.

Yesterday, VIP emailed a document to me. He wanted my opinion. It was several pages long, fucking endless walls of text, so I just gave it a cursory reading and replied to him that I would suggest significant changes. We met for three hours yesterday afternoon to go over what those were, with the end result of him tasking me to rewrite the entire thing from top to bottom. He asked for design critique, too, but I could only give ideas – I don’t actually know design. (Oh. And to be fair, the meeting wouldn’t have been so long if we hadn’t been cracking so many jokes and laughing our asses off to the point that people came and griped at us to shut up. Put the two of us in a room together, and you have an HR nightmare. Alone, we behave. Together, we’re terrible.)

Anyway. I spent all day today rewriting the brochure copy and trying to adjust graphics and shit (that is once I got Archie to stop entertaining every fucking hen in the house – seriously, dating advice, recipe exchanges, cleaning tips – what the fuck, man). The fact that VIP is even allowing me to touch it is funny, really. He befriended me on FB just before asking me to do this…and he asked me anyway. My FB page is pretty much super tame – when I even bother to post anything. Park pictures, the occasional music video, cool art…shit like that. But I DO occasionally drop an f-bomb. And VIP, well, let’s just say his page is full of hunting videos, pictures of his children and bible verses.

Tomorrow, he and I are meeting with creative to look over the brochure, talk about design and layout changes and make sure the copy is cool. Once that’s done? We’re also gonna talk about completely overhauling the website. Those two will be responsible for design, the web dev department will handle coding, and I will do every single word of copy.

If I have to work in corporate hell, I would rather do something that interests me or that I’m more suited to. I have to say that brochure was a pain in the ass, and I loved every minute of it – even when I was grumbling under my breath at how shit the original copy was. I’ve been wanting to transition in to some sort of writing job for a long ass time now…but it’s hard to do when your degree isn’t in communications or journalism. So this is a HUGE boost for my resume.

I’m officially a copywriter, y’all! That copy is gonna be off the fuckin’ hook. That was a lame attempt at a joke. I’m sorry. No, really. I’m sorry.

P.S. I’m not sorry. To make it up to you, here’s a pretty picture. Clicky. 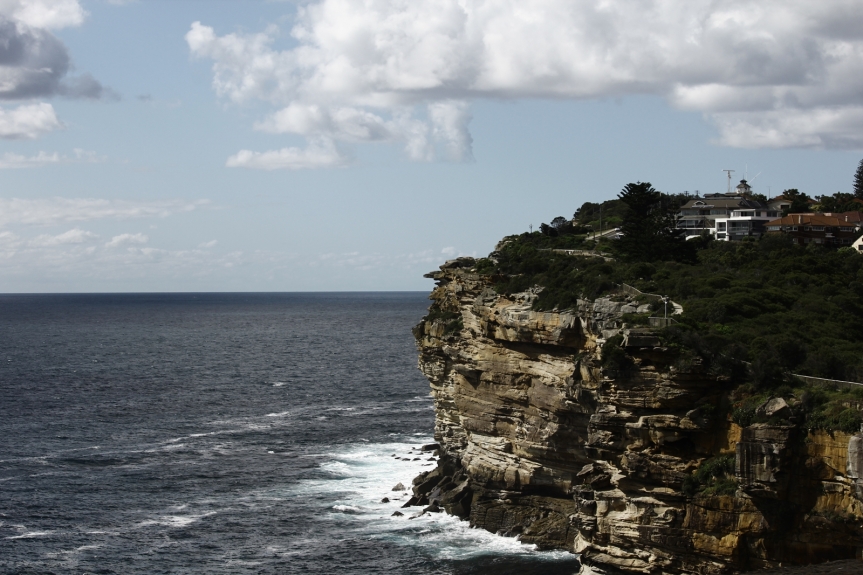 44 thoughts on “Look Ma, No Hands! Or The One Where Stephanie becomes a Copywriter”