You know what I hate?

I hate bitches who don’t know their place. Bitch gon’ try to throw me under the bus. What she has yet to figure out is I’m now driving that fucking bus. And she’s Target Numero Only. I was asked to advise my supervisor on a situation that has arisen. You see, apparently the company is hemorrhaging money (which is nothing new – but the source is new). And Queen Bitch is the primary suspect, only she’s doing what she always does: pointing fingers. She pointed fingers in both my direction and that of my former department. I was called into the meeting, and I stated clearly that this is the first I’ve heard of any issue (dudes, this issue is massive and jeopardizes our largest account…which would shut this subsidiary down, period). I explained exactly what the problem is and what needs to happen to fix it. Queen Bitched huffed and puffed, and guess what. Nobody’s fucking house blew down. But the air around us got suspiciously smelly. Next I’m called into my supervisor’s office privately, where he asks for my full analysis of the situation and what we should do to move forward. I didn’t even have time to be flattered, because I launched right into it. I don’t care anymore. I’m not here to placate Queen Bitch, and I’m certainly not interested in scratching anyone’s back or licking anyone’s ass. I carefully explained exactly why it is not in fact my former department’s fault, as it is QB’s responsibility to provide them with the information they need for the projects in question. When it looked like I was losing it, I brought out my secret weapon: an overstuffed folder full of the exact information QB used to provide to my former department. I had that shit because those jobs used to be my responsibility in that department. And because I strongly believe in good ole CYA (Cover Your Ass) in Corporate America, I still had all of it. So he’s shocked. “Queen….Queen Bitch did this? When you were in x department?” Yup. How else was I to know what the project consisted of? “B-b-b-but she says she’s never done anything of the sort.” *points to QB’s initials* She shoots. She scores.

Tomorrow should be entertaining. I really fucking hope that bitch steps up on me. I’m burning that bitch down. 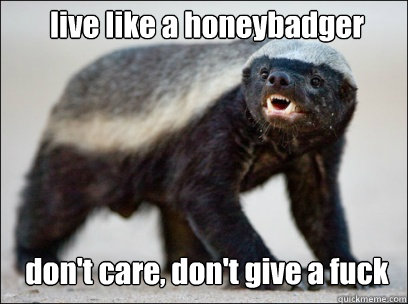 Motherfucking FedEx. Motherfucking FedEx put a heavyass box down against the porch today. Against it. Not on it. No no. It wasn’t on the porch. You know what it was on? My motherfucking twenty dollar azalea bush. You know, one of the ones I just fucking planted. Speaking of bitches that need burning down. Those motherfuckers are about to feel my wrath. Not that they’ll give a fuck. Still. I’m done being a doormat. I’m gonna practice telling motherfuckers off when they act like motherfuckers. Well guess what, I bet my mother has the herp. How do ya like me now, MOTHERfuckers?

Motherfucking Comcast. I ditched AT&T for the same fucking reason I’m about to ditch your useless, lying ass. When your twatnose rep promises me something and you do the exact fucking opposite? Don’t act shocked when I ask for the number to your Retention Department. Heh. Didn’t think I knew about Retention Departments, did you? Think again, shit snorter. Where’s Ted Kaczynski when you need him? (Too soon for that kinda joke? Fuck you, I’m American. Apparently all I’m good for is getting thrown under buses and shooting people or blowing them up. Speaking of things I hate. Fucking douchecanoes.)

That I forgot the rest of my list. There’s a lot to be said about making handwritten notes. Ahem, Ezekiel. Make fun of my handwritten lists. You little shit. So now I have something else to hate: my lack of post notes. Fucksticks.

Anyway. Yeah. Believe it or not, I’m in a pretty damn good mood. Now.

However. I Really Fucking Hope that rotted cuntwhore has the audacity to get in my face tomorrow. She will regret forgetting the last time we spoke, when I said, and I quote, “If you ever speak to me again, it should only be to apologize for what you’ve done. Otherwise, you keep my name out of your filthy mouth.” Oh yeah. That was a huge feat for Ms. Pushover. I finally allowed myself to stand up for myself, and that’s what came out.

Bonus thing I don’t give a fuck about: editing. Fuck editing. I’m letting this bitch fly. I’m all hardcore and shit.

38 thoughts on “I’ll Put Strychnine in the Guacamole. Or just Shank a Bitch. Or both. Good Idea. (AKA I’m gonna rant my ass off.)”