Last night, I finished a show called “13 Reasons Why.” Now that it’s all said and done, I’m frankly not sure I should have watched it. And I’m not sure how I feel about it. Did I like it? Not really. Did I hate it? Nah. Too harsh. Did I need to watch it? Not sure. Is it topically important? Yes. Absofuckinglutely. Was said topic handled properly? Sometimes yes. Sometimes no. On the fence here.

Before I begin: If you or someone you know needs help, please reach out. Right now. Right. Fucking. Now. You aren’t alone, and there are people who are fucking eager to help you. Don’t wanna talk to anybody? How about texting? Some awesome people who realize phone calls can be scary have set up a texting crisis line. Go. You’ve got nothing to lose if you’re at that point.

High school girl commits suicide. She leaves thirteen cassette tapes (well, thirteen sides) explaining why she chose to end her life, hence the title. The show follows one particular student as he listens to the tapes, which leads to at least half of the show being presented as flashbacks to when the girl – Hannah Baker – was still alive. 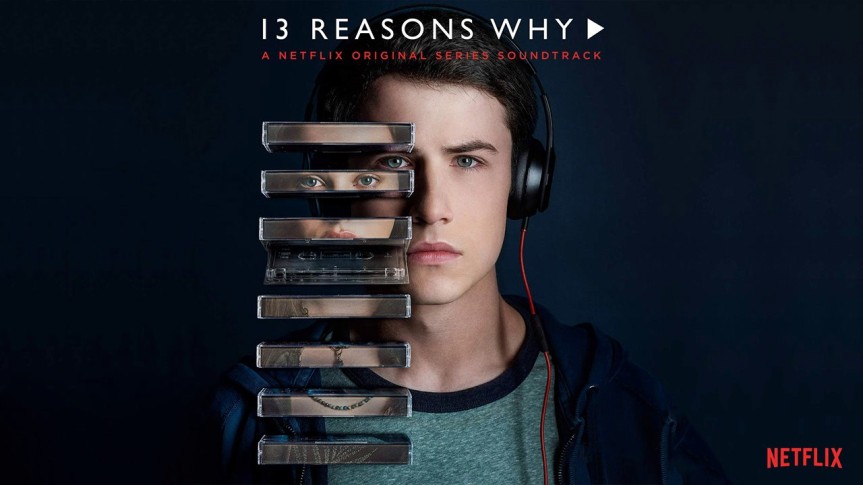 13 Reasons Why I’m on the Fence (spoilers ahead):

You know what? I’ve just talked myself out of almost any redeeming quality about this show. It’s irresponsible and dangerous. Hell, I knew what it was about going in – and my reaction when it was over? “I should not have watched that show.” I even said that same thing to two people: “I should not have watched that show. I really shouldn’t have watched it.” I was a fucking wreck. And I’m a grown-ass woman with at least like, one or two coping mechanisms. And it fucked me up at the end. I can’t imagine what it’s doing to kids. No, I won’t go so far as to say: ban it. Not gonna do it. But is the show irresponsible? Fucking right it is.

P.S. I’m fine now, by the way. At least from the effects of the show. I’m more concerned with the impact it’s having on kids – or adults who aren’t currently strong enough to fight.

Y’all know damn well I don’t do formal reviews. I’m just gonna talk a bunch of shit and label it a review(ish). If I wanted to write an essay, I’d knock your fucking socks off. But I’d rather talk shit. So I’m gonna talk shit. Once more for those in the nosebleeds: SPOILERS, MOTHERFUCKERS.

Dudes. DUDES. Tormund being a total horndog toward Brienne, and Brienne being wildly uncomfortable….was, without question, my absolute favorite part of the season. Rare is the occasion when I laugh out loud if I’m watching or listening to something by myself. I don’t really know why that is. But oh man, I busted a gut in these few scenes. Look! Just look at their faces! Brienne is a badass and has been one of my top characters since I met her. Same with Tormund. They should totally do it. And he’s a wildling, for fuck’s sake. I bet once you go wildling, you never go back. This chick right here needs no introductions. She can introduce her damn self just fine. Seriously. She is an epic badass. When Jon and Sansa approach her to ask for the support of her house (read: her knights), she gives them hell. And rightfully so. No house worth its salt will throw its banner behind a cause without knowing fucking well it’s not only for a worthy cause but also that the knights will not be fighting a guaranteed losing effort. The Starks begin with simple pleas, but Lady Mormont isn’t having it. When all is said and done, she devotes her entire army to the cause: 62 fighting men, which makes them all the more valuable to her house and to Bear Island. And she didn’t just devote her troops, she’s active through the entire effort between the Starks and the Boltons (Ramsay).

Seriously. Team Stark. Team Mormont. Team Dothraki (I only seem to like Daenerys when she has a Dothraki horde.)

Am I the only one who’s happy to see these motherfuckers back in action? I mean besides the yum factor (*sniff* I still miss Khal Drogo), they’re simply badass. Look, I’m in the MAJOR minority here in what I’m about to say: I think Emily Clarke is seriously lacking as an actress. Like hardcore. I get tired of watching her. Now, I love her story-line and her role. I love Daenerys. I just don’t think Emily Clarke is right for the part (it could very well be a problem with her direction, though). So I focus on other things, like The Dothraki, or her cool counselors. Oh. And of course the dragons. Duh.

But I really fucking hate this guy:

I mean, really. Whatever happened to the real Daario Naharis? He was smug and cocky and arrogant and mysterious.

Cersei has gone full on Mad Queen on us. How many times did she threaten to burn cities? To burn it all to ash for the sake of her children? Over and over and over and fucking over again. And then she did it. She burned the fucking sept, with everyone in it: Margaery, Loris, The High Sparrow, Lancel, Mace Tyrell, Kevan Lannister, etc. Anyone in the sept boiled alive by wildfire. (If anyone survived it, I’ll be pissed because it’s simply not possible the way they filmed it. They were all trapped.) 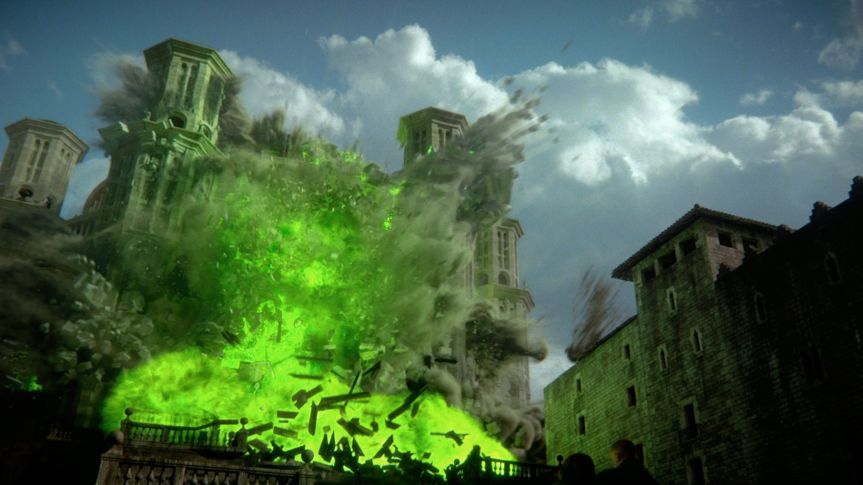 The best part? It instantly bites that crazy bitch in the ass.

But hey, at least she got the throne, right? For now…

Who else do I wanna talk about? I mean, Jon Snow doesn’t surprise me, except it was really nice seeing his ass. He’s always a brooding, emotional, thoughtful badass. I love Jon Snow. And I fucking KNEW he was a Targaryen. Absolutely one of the best good characters. I love what has happened with Sansa. It took her long enough, but she’s certainly earned a place in my good character book. She reminds me a lot of Catelyn, her mother’s character. And that’s a good thing. Hmm. (I am curious how it will play out once it comes to light that Jon is not Ned’s bastard and doesn’t belong in House Stark afterall. But Sansa, Arya and Bran still in the picture.)

Oh! Oh! I was superpumped to watch Sansa watch Ramsay get eaten by his own dogs. I’m glad Jon spared him on the battlefield so we all got to have that moment.

I never in a million years imagined Theon Greyjoy returning to my good graces, but it’s a testament to good writing and good acting that he’s there now. I’m proud of what he’s become now and look forward to seeing more of him next season (which very well may be our last season).

Things are shaping up nicely, and while I’m sad to see the end so near, I’ll kinda be glad when it’s over, too. I don’t watch much TV…so I tend to put off GOT until a season has piled up. Then I lose a day marathoning the fuck out of it until I’m caught up. So…this is six seasons so far? I’ve devoted six full days of my life to this show! Doesn’t sound like much, but it is. Hell, it’s a phenomenal story, though.

I’ve been worried that Arya is losing her humanity and, just as importantly, her identity. I don’t want a girl to be no one. I want a girl to be Arya Stark. And I want Arya Stark to get back to the rest of the Starks, bringing with her all of her newfound badassery! Suffice it to say, I’m superpumped that a girl is Arya Stark and not no one. That scene with her and the little bitch was badass. By the way, Arya is totally Batman. 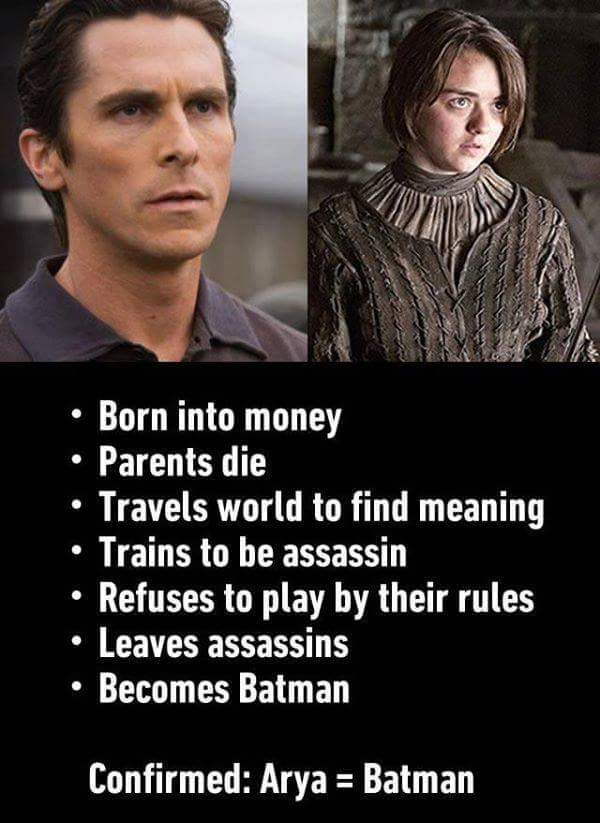 Also. I read what I thought was a massive spoiler before I ever watched the season. Someone wrote, after some episode, that Arya died. I didn’t mean to run into that. You know how the internet is. And I was fucking livid. It’s part of what took me so long to finally watch the season and get caught up. I was dreading it. So yeah. I’m thrilled.

OHMYGOD AND THE HOUND

I fucking knew he was still alive. On Game of Thrones, if you don’t actually watch someone die, there’s a damn good chance he or she is still alive. I acted a damn fool when this motherfucker showed back up on the screen. Fistpumping the air, screaming, “YEAH! YEAH MOTHERFUCKER! YEEEEAAAAAAAAAAAAAAH!” I shit you not. Welcome back, my friend.

So. Those are my highlights. What were yours?